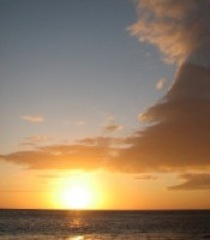 James H. Collins, Jr., 90, of Southern Pines, NC and formerly of Pinehurst, NC, died on Saturday, August 17, 2013 at FirstHealth Moore Regional Hospital. Mr. Collins suffered from congestive heart failure and had been residing at St. Joseph of the Pines Health Center. A Memorial Mass celebrating his life will be offered at 11:00 AM on Saturday, August 24, in the Chapel at Belle Meade with the Reverend John Nicola officiating. The family will receive friends immediately following the service. Born on January 6, 1923, in Philadelphia, PA and Mr. Collins was raised in California and Washington, DC. He graduated from the University of Maryland and worked for 40 years with AT&T in the Comptroller's Department, including a stint in Iran in the late 1970's. He served in the Pacific with the US Navy during World War II, rising to the rank of Chief Petty Officer. Before retiring to North Carolina in 1982, he was a longtime resident of Bethesda, MD and Chatham, NJ. Mr. Collins was an avid golfer and a member of the Tin Whistles at Pinehurst Country Club. He was also an active member of Sacred Heart Catholic Church.Mr. Collins was pre-deceased by his wife, Gertrude Hamill Collins, who died in 2004. Surviving are his daughter, Jean C. Guilbert and husband Gordon (Trip) of Atlanta, GA; sons James V. Collins and wife Mary Jo of Omaha, NE; Richard J. Collins and wife Kristin of Belle Mead, NJ; George E. Collins and wife Marketa of Prague, Czech Republic; and six grandchildren.