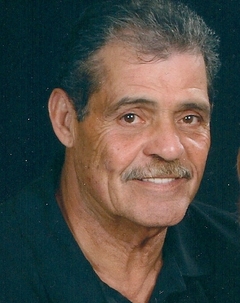 James (Jay) Bryson, 69 of Robbins passed away peacefully on Friday, November 11, 2016 at First Health Hospice Pinehurst NC, surrounded by his family.   Funeral service will be held 11:00 AM, Monday, November 14, 2016 at Browns Chapel Christian Church with the Reverend Jeff Karnes officiating.  Burial will follow in the church cemetery.  There will be a dinner following the committal in the fellowship hall of the church, where covered dishes can be brought.   He is survived by his beloved wife, of 25 years, Jan Baxter Bryson and his children: Shad Bryson and  wife Donna,  of Carthage NC, Marty Bryson and wife Pebbles of Robbins NC,  Kelly Bryson and fiance’ Chad Whitaker, of Vass NC and step son Chris Williams and  wife Nikki, of Mebane NC;  grandchildren: Jake Bryson, Maddox Bryson, Paisley Bryson and Alex Williams.   Jay was born May 11, 1947 in Richmond County NC where he spent his childhood with his Mother Chestie and Father Fred along with his 5 sisters Jane, Penny, Joyce, Donna and Pat. They grew up working as sharecroppers with little worldly possessions, but plenty of love. Once Jay grew up he moved to Moore County married and raised his 3 children while working as a Union welder. Jay had a strong work ethic, but a fall that broke his back forced him to retire in 1988. Jay met his current wife Jan and settled in Robbins  where he spent his time restoring award winning classic cars in his workshop and attending car shows with his family and friends. Jay’s friendly demeanor and easy going attitude contributed to the numerous friends and relationships that he had throughout his life. Jay was a member of Browns Chapel Church in Spies NC. The family would like to thank all of the friends and family for their prayers and visits as well as the wonderful staff at First Health Hospice. The family will receive friends from 6 to 8 PM, Sunday, November 13, 2016 at Kennedy Funeral Home and at other times at the home of Jay and Jan Bryson or son, Marty Bryson. Kennedy Funeral Home is honored to serve the Bryson Family. Condolences may be made at pinesfunerals.com