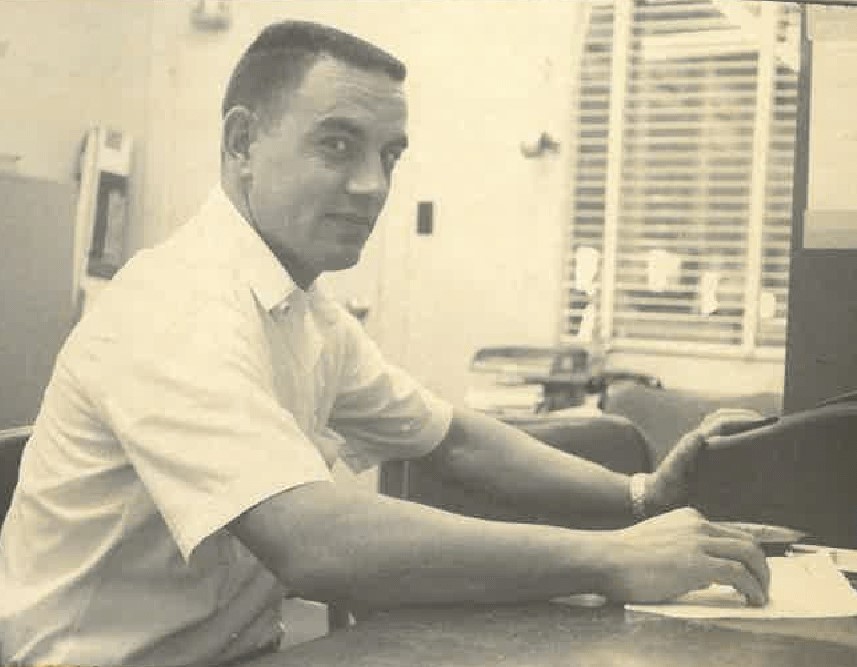 A private graveside service will be held at White Hill Presbyterian Church on Monday, September 13.

Jim was born in Rockfish in 1937, to the late Logan and Viola Edwards. His father died when Jim was an infant and he subsequently resided with his paternal grandparents, Hazzard and Esther Edwards. When his mother remarried, Jim relocated to Vass and developed a close bond with his stepfather, Lacy McRae. Jim attended school at Vass-Lakeview prior to enlisting in the Marine Corps. While in service, he married Eunice Holder and they resided in Washington, DC where he was stationed. They returned to North Carolina in 1960. Following this, Jim worked at JP Stevens for 34 years. He was also an active volunteer with the Vass Rescue Squad for over 20 years, as well as the Crestline Fire Department, and a member of the First Baptist Church in Vass. Jim was driven to serve others in need and was thankful for his opportunity to do so in these capacities. He firmly believed in the value of hard work, was an avid golfer, loved the color green, and was known to frequent the Aberdeen pool hall. Jim had an easy smile, a kind heart, and a generous nature. He loved and was loved by many, and what he enjoyed most was spending time with his family – especially his two granddaughters, who brought him much joy. He is survived by his wife of 62 years, Eunice; son, Lee Edwards (Holly) of Cameron; granddaughters, Bella and Ava; and sister, Joanne McRae McMillan (Glen) of Lexington.

In lieu of flowers, donations can be made to the American Diabetes Association.