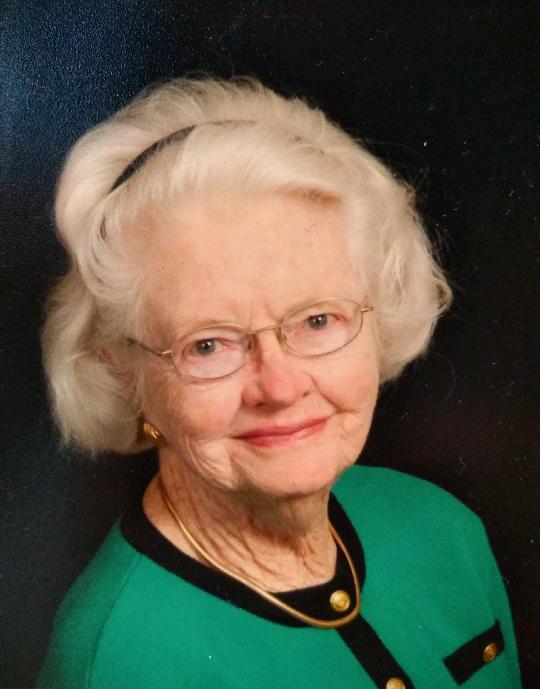 On February 4, 2021, Jane Stevens Hobbs McPhaul passed away peacefully, surrounded by her family. Jane was born February 3, 1927 in Wilmington, NC, to Julius C. and Maude Elizabeth (Player) Hobbs. Jane was predeceased by her husband of 52 years, John “Jack” Archibald McPhaul.

After graduating from Flora McDonald College and starting her career as a teacher, she married Jack on August 27, 1949. They moved to Southern Pines in 1955 and spent the rest of their lives contributing to the community. Jane received a Master of Education from UNC Chapel Hill in 1965, and continued graduate level studies at other universities. Jack was her greatest cheerleader in all of her many endeavors.

A life-long educator, she served as a public school teacher, guidance counselor, and as the director of the Life Career Development Center at Sandhills Community College. She was instrumental in bringing Sandhills Community College to Moore County as the first Community College in NC. She helped found the local branch of the American Association of University Women, the Democratic Women of Moore County, the Sandhills Horticultural Society, Mill Prong Preservation, and the Arts Council of Moore County. Jane was a member of the Alfred Moore Chapter of the National Society Daughters of the American Revolution, the Gamma Sigma Chapter of Delta Kappa Gamma, the Long Leaf Garden Club, Scottish Heritage USA, Three Rivers Land Trust, the Moore County Historical Association and the Sandhills Community College Summa Group. She served on the Board of the First Health Foundation (Scroll Group), was a Girl Scout troop leader and Red Cross First Aid Instructor. Jane was a member, Elder and Stephen Minister of Brownson Memorial Presbyterian Church. She was also honored by being named a Life Member of the Women of the Church. In 1985 she received The Order of the Longleaf Pine from the Governor of North Carolina in recognition of her community contributions. She was also recognized as “Woman of the Year” by the Community Foundation in 2011.

The family is planning a private graveside service.

Online condolences may be made at pinesfunerals.com.

The family is being assisted by Fry and Prickett Funeral Home, Carthage, N.C.