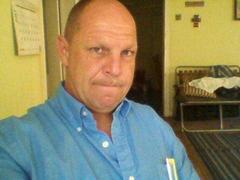 Jeffery D. Cagle, 48 of Lakeview and formerly of Robbins died Tuesday (June 23, 2015) at FirstHealth Moore Regional Hospital in Pinehurst. Funeral services will be 2:00 PM Friday at Smyrna United Methodist Church conducted by the Rev. Sam Swinney. Burial will follow in the church cemetery. The family will receive friends prior to the service in the sanctuary beginning at 12:30. A native of Moore County he worked as a small engine mechanic. He was preceded in death by his father Jack Dempsey Cagle. He is survived by: his daughters Chelsey Blake of Robbins and Casey Cagle of Locust; his mother Margaret Hussey Burnett of Locust; his fiance Lisa Williams and her children Brannon Morris and Jessica Williams and her four grandchildren; sisters Amanda McNeil and husband Arthur of Seagrove, Viola Maness and husband Donnie of Robbins, Teresa Wallace and husband Dale of Robbins; brothers Bruce Cagle of Star, Randy Cagle of Idaho; grandson Remington How. The family is asking that any memorial donations to be made to Kennedy Funeral Home in Robbins to help cover the cost of the funeral services.