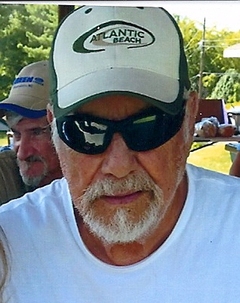 Funeral services will be 1:00 PM Friday at Kennedy Funeral Home in Robbins followed by a graveside service at Pine Rest Cemetery conducted by the Rev. Benny Smith.

A native of Moore County he was a son of the late Clegde and Hattie Giles Nichols. Jewell lived most of his life in Asheboro and retired as a superintendent at Mapco. His last request was for all of his family to know Jesus as their personal Savior.

He was preceded in death by his wife Linda Councilman Hinshaw and five brothers.

The family will receive friends at Kennedy Funeral Home in Robbins Thursday from 6:00-8:00 pm and other times at the home of Roger and Sherry in Sophia.