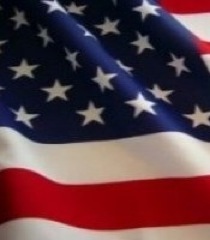 Southern Pines NC
John Clarence Watson, Jr., 98, died June 16, 2013 at Penick Village in Southern Pines.
A memorial service will be conducted at 3:00pm, Saturday, June 22, 2013, at the Southern Pines United Methodist Church with the Rev. Thomas Sweeley officiating.
He was born in Charlotte to Lois Lucas and John Clarence Watson. He grew up in Charlotte, and graduated from Duke University. He served in the US Navy during World War II. After the war, he attended the New England Conservatory of Music in Boston. His love for singing was evident throughout his entire life, to the end. Those who heard that rich baritone voice, even during the last few years, often stopped and commented.
He married Elizabeth (Libba) Flemming Watson; they were devoted to each other for more than 65 years of marriage. He was a hospital administrator in Kinston, Elizabethtown, Monroe and McCain before moving to Southern Pines.
Surviving are his wife, Libba, of Southern Pines, sons Lawrence Flemming Watson, of Washington, DC and Wayne Elliott Watson, of Chapel Hill, a daughter, Carol Watson Pivor and husband Mitchell Pivor, of Dover, NH, a brother, Jack L. Watson, of Signal Mountain, TN and grandchildren, Ryan and Andrea Watson, of McKinleyville, CA and Alicia Pivor of Dover, NH.
In lieu of flowers, contributions may be made in his memory to Penick Village, PO Box 2001, Southern Pines, NC, 28388
Powell Funeral Home and Crematory of Southern Pines is assisting the family.
Online condolences at www.PinesFunerals.com