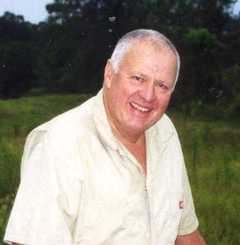 A memorial service is planned for 10:00 am Saturday, September 10 at their residence with Elizabeth Wright Taylor presiding over the service.

Born in Duluth, MN, John was the son of the late Irwin Russel Dahl and Anne Judith Smith Dahl. John grew up in Minneapolis and was an avid hunter and fisherman, and a craftsman who tied flies, carved beautiful decoys, and loved working with wood. He loved music, especially blues and jazz. He performed as a blues shouter while still underage, bringing this black music form to a wider audience.  John earned his MFA at the University of Minnesota and taught painting and sculpture first in North Dakota, later in North Carolina and Maine. He attended the March on Washington for Jobs and Freedom with a group of his students. In 1971 John left college teaching to train retrievers professionally. He competed successfully in retriever field trials and trained many hunting dogs, with a particular affinity for the Chesapeake breed.  John was passionate about the things he loved: ducks, the outdoors, good craftsmanship, art, music, good dogs, home, and family. He always pursued his own vision, always true to himself.

In lieu of flowers donations may be made to the Dahl Children Education Fund at First Bank in Vass, NC.

Online condolences may be made at www.PinesFunerals.com.