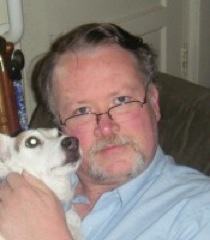 John Franklin Keyser III, age 47, passed away October 17, 2012, at FirstHealth of the Carolinas, Pinehurst NC.
Mr. Keyser was a beloved local artist and singer. His heart and soul were open to everyone as he never met a stranger and was always willing to help someone in need.
He was predeceased by his parents John and Jane (Tootsie) Keyser . He is survived by his wife of six years, Katie of Southern Pines; two sons, Matthew Keyser of Wythville Va. and, Eathan Ingland of Southern Pines NC; two brothers, Jack Keyser and wife, Linda of Covington Va., and Kyle Keyser of Covington Va and one sister, Teresa Taylor and husband, Larry of Elizabeth City NC.
A service will be held at a later date.
Memorials may be made to the:
Fibromyalgia Association
AFSA PO Box 32698
Tucson AZ 85751
Lupus Foundation
2000 L. Street NW. Suite 410
Washington DC., 20036
Powell Funeral Home of Southern Pines is assisting the family
Online condolences at www.PinesFunerals.com