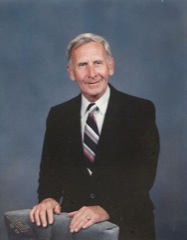 John Paul Arnold, 87, died Wednesday, April 28, 2010 at The Inn at Quail Haven.
Services will be held at a later date in Middleburg Heights, Ohio.
Born June 8, 1922 in Cleveland, OH he was a son of the late Sherman and Grace Corcoran Arnold and was raised in Berea, OH. In 1940 he graduated from Berea High School, where he excelled in football and baseball. After completing one year of college he enlisted and served his nation with honor as an Air Force B-17 Pilot during WWII. After the war he returned to Berea to take over the family business, Arnold