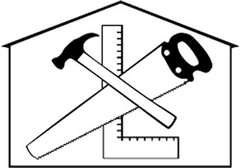 Johnny Ray “Tater” Cagle 60,  passed away Tuesday, December 29, 2015 at  his home surrounded by his family. A funeral service will be held at 2:00 PM on Saturday, January 2, 2016 at Fry & Prickett Funeral Home, with the Reverend David Reynolds officiating. Johnny worked in the construction business for many years.  He enjoyed spending time outdoors, camping, four wheeling, hunting, fishing and boating. He was son of the late Dewey and Frances Frye Cagle  He was preceded in death by brothers: Danny and Gary Cagle. Johnny is survived by his wife, of 41 years, Lou Ellen Hammer Cagle; son: Jeremy Cagle and wife Audrey; brother: Phillip Cagle. The family will receive friends on Friday, January 1, 2016 from 6 to 8 PM at Fry & Prickett Funeral Home and at other times at the home. Fry & Prickett Funeral Home is serving the Cagle family. Condolence may be made at www.Pinesfuneral.com