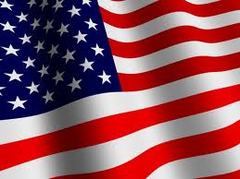 Joseph R. Powers, 86, husband of the late Eula Mae Holton Powers, died Saturday, October 28, 2017, at his home. Born June 12, 1931, in Greensboro, NC, he was a son of the late Eli Franklin Powers and the late Mary Lula Hussey Powers. He was a retired truck driver. He was of the Baptist faith. Survivors include three children, Joyce Marilyn Hodge (Clarence) of Sumter, Freddie Holton (Betty) of Belvedere, and Mary Blalock of NC; 10 grandchildren; and seven great-grandchildren. He was preceded in death by a son, Larry; and siblings, Tarey, Colleen, Ruth, Randall, John, and Robert. Funeral services will be held at 3 P.M. Tuesday in the Elmore-Cannon-Stephens Funeral Home chapel with Pastor Wayne McElveen officiating. A graveside service with military honors will be held at 2 P.M. Wednesday in the Pine Mountain Church cemetery in Bennett, NC. The family will receive friends from 2 to 3 P.M. Tuesday at Elmore-Cannon-Stephens Funeral Home and other times at the home of his daughter. Memorials may be made to Providence Baptist Church, 2445 Old Manning Rd., Sumter, SC 29150. Elmore-Cannon-Stephens Funeral Home and Crematorium of Sumter is in charge of the arrangements