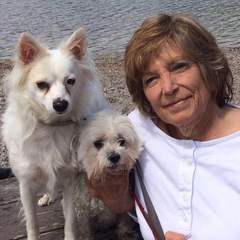 CARTHAGE   June Wilcox, age 69, of Carthage NC died Monday, June 27, 2016 at Firsthealth Moore Regional Hospital.   A memorial service is planned for  Saturday July 2nd  at the Hartle Tarbox Funeral Home, Port Allegany, PA. Visitation from  10 am to 11 am  Memorial Service  11 am to 12 pm .   A native of Port Allegany, PA she was a daughter of the late Horatio E. Wilcox and Lula Curtis Wilcox.   June was a driven entrepenuer who started and operated several successful businesses in her lifetime including a J&B's furniture and TJ's wholesale distributing company.   In addition to her parents, she was preceded in death by a sister, Mildred Dynda and four brothers, Duane Wilcox, Morris Wilcox, Richard Wilcox and Roger Wilcox.   She is survived by two daughters, Tamara Harkins (Jim) and Melissa Manning (Jason); two sons, Jeffrey Jones and Douglas Jones (Jill); three sisters, Myrtle Upthegrove Lovell, Joyce Wilcox and Geraldine Rush and one brother, Glenn Wilcox; eight grand children and one great grandchild; two canine companions that she loved dearly, Shelby and Mitzi.   In lieu of flowers donations may be made to a charity of your choice in her honor.   Fry & Prickett Funeral Home is serving the Wilcox family.  Online condolences may be made at  www.PinesFunerals.com .