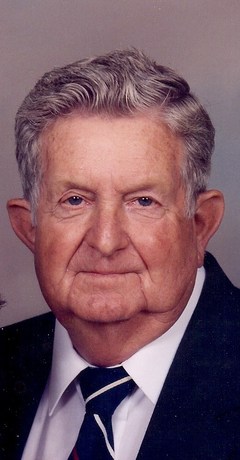 Larry E. Stewart, age 85 of Robbins passed away surrounded by his family  Saturday (June 20, 2015) at FirstHealth Moore Regional Hospital in Pinehurst. Funeral services will be 11:00 AM Tuesday at First Baptist Church in Robbins conducted by the Rev. James Cagle and Rev. Kenneth McNeil. A committal graveside service will be 3:00 PM at Roselawn Cemetery in Benson. A native of Johnston County he was a son of the late Harvey and Nellie Norris Stewart. He was a US Army veteran of the Korean Conflict serving Japan. Following his service to our country he graduated from East Carolina University and later earned his Masters Degree from ECU. He coached and taught in Duplin County for eight years before moving to Moore County in 1965 to become principal of Elise Elementary School in Robbins. He served on the Board of Trustees at Sandhills Community College  and was an active member of First Baptist Church where he served in various capacities. He remained active after his retirement working at Pinehurst as a starter on course #2 for 15 years and enjoyed golfing, fishing and searching for hidden treasures with his metal detector. He also enjoyed traveling and taking cruises. He was preceded in death by: his brother Kenneth Stewart; sisters Louise Jackson and Rachel Price. He is survived by his wife of nearly 62 years Faye Neighbors Stewart; sons Andy Stewart and wife Kathy of Raleigh, Maurice Stewart and wife Erin of Raleigh; grandchildren Michelle, Kimberly, Madison, Sam and Charlie. The family will receive friends at Kennedy Funeral Home in Robbins from 6:00 - 8:00 PM Monday and other times at the residence. Memorials may be made to: First Baptist Church of Robbins, P.O. Box 400, Robbins, NC 27325. Kennedy Funeral Home is serving the Stewart family.