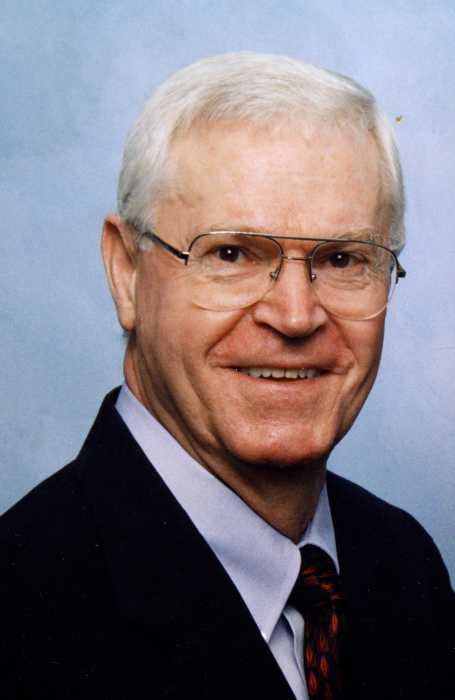 Larry was born Oct 20, 1933 to the late Nash Lankford and Margaret Anita Nicholson. He was preceded in death by his step-mother Thelma Hundley Lankford and his sister Anita Allen Jessie.

Larry grew up in Lebanon, KY. He received his BS degree from Georgetown College. After graduation, he served two years in the U.S. Army stationed at the Far East Command Headquarters in Tokyo, Japan.

He began his State Farm career as an agent at Lebanon KY. After 33 years, he retired in 1991 as assistant vice president with responsibility for service and systems of the State Farm Fire and Auto Companies.

Upon retirement, Larry and his wife, Jane, moved to Whispering Pines, NC where he enjoyed many years playing golf at the Country Club of Whispering Pines and the many courses in the area. He was an athlete and excelled at baseball, basketball and golf. He was an avid college basketball fan, rooting for Louisville, Kentucky, Illinois State and whatever college team his son-in-law was coaching. He also enjoyed studying the stock market and keeping abreast of current affairs.

A Celebration of Life will be announced at a later date. If you desire to make a donation in his memory, please consider First Health Hospice House, 251 Campground Rd, West End, NC 27376 or the Moore County Humane Society, P.O. Box 203, Southern Pines, NC 28388.

On-line condolences may be made at: Pines Funerals.com