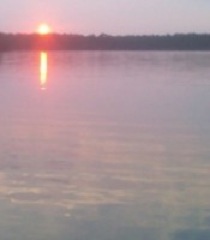 Laura Mae Smith, 66, of Carthage died Wednesday, December 18, 2013.
A graveside service will be held at 11:00 a.m. on Saturday, December 21st at Cross Hill Cemetery in Carthage.
Born October 22, 1947 she was a daughter of the late Latta and Nellie Blanchard Smith and was preceded in death by her son, Eddie Hahn and sister, Marie Woods.
Laura was a HouseKeeper for many years.
She is survived by two sisters, Thelma Jackson of Fuquay-Varina and Sandra Gail Waller of Carthage, two brothers, Glenn C. Smith of Fuquay-Varina and Larry C. Smith of Carthage, two grandchildren, Cynthia and Christopher Hahn, and two great grandchildren, Eddie and Madison Hahn.
Fry and Prickett Funeral Home in Carthage is in charge of the arrangements.