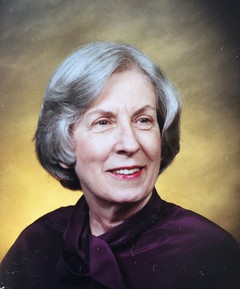 Carmelita Laverne Brady Davis , 85, died of natural causes at home on October 11, 2017 surrounded by family in Whispering Pines, NC. A funeral service will be held on Friday, October 20, 2017 at 3:00 pm at Tabernacle United Methodist Church in Robbins, NC, the church she was baptized in, grew up in, was married in and later returned to play the organ for when her husband Jack Davis retired. Rev. Mamie Alley will conduct the service. The graveside service will take place at 4:30 pm at Pleasant Grove Christian Church in Bennett near her parents, grandparents and other family. The interment will be followed by hors d’ouevres at the Pleasant Grove Fellowship Hall. Laverne Davis was born in Robbins, NC on August 23, 1932 to Carl and Ora (Forkner) Brady.  Laverne’s interest in music started when she took piano lessons and sang in the choir. She attended Elise High School where she was named Class Prankster, Most Athletic, Most Popular, and played on the girls’ basketball team. She attended Elon College’s School of Music where she graduated in 1954 with a degree in Music. During college, she traveled to Le Chambon-sur-Lignon, France to help with building projects.  During her time in France, she met the Rev. André Trocmé who spoke out against Nazis prior to World War II and who urged his Protestant Huguenot congregation to hide Jewish refugees from the Holocaust . Listening to him preach and having discussions about the atrocities and injustices of WWII influenced her own feelings about the nascent civil rights movement.  While at Elon, she participated in a youth retreat lead by an Elon professor that introduced Elon students to students of color and leaders of the civil rights movement. After graduating from Elon, Laverne enrolled in Union Theological Seminary in New York to continue her theological and musical studies.  While in the north, she met her future husband, electrical engineer and former Air Force Officer, Straud Jackson (Jack) Davis and later married him in Robbins on February 20, 1960. Laverne continued participating in activities that promoted civil rights and was active in the Fair Housing initiatives during the 1960s.  She continued her love of music by playing rehearsal piano for the Plays and Players theatrical group in Haddonfield, NJ. Later, when the family moved to Wyckoff, NJ, Laverne joined the Pro Arte Chorale, a nationally renowned, professional-level choir and sang at Carnegie Hall and Lincoln Center.  She fostered her children’s life-long love of performing arts by taking them to Broadway shows, the ballet, and the New York Philharmonic in addition to passing her commitment to the civil rights movement and standing up for the less fortunate to her children. After retiring to North Carolina, she started a senior women’s basketball team and went to the National Senior Olympics. Laverne was predeceased by her husband of 55 years, Jack Davis and her sister, Mary Ann Brady Brown. Survivors are her children Elizabeth Brady Davis, Julia Kathryn Davis and spouse Kevin Oshinski, Jonathan Jackson Davis and spouse Rebecca Boucino Davis; grandchildren Alexander Brady Thierer, Samantha Rose Davis, and Emily Kathryn Davis; siblings Elbert Carl Brady Jr., Samuel Lawrence Brady, and Eunice Adele Brady Andrews. Fry & Pickett Funeral Home is honored to serve the Davis family. Condolences may be made at pinesfunerals.com