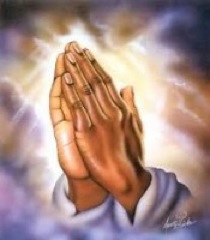 Lena Chriscoe Lewis, 95 went to be with her Lord on Saturday, November 23, 2013 at FirstHealth Hospice House, Pinehurst, NC.
Funeral Service will be held at 2:00 PM, November 25, 2013 at Robbins First Baptist Church, with the Reverend Kenneth McNeill officiating. Burial will follow at Pine Rest Cemetery.
Lena was born December 8, 1917, the 7th child of the late Enoch and Fonnie Garner Chriscoe. She was preceded in death by all her siblings.
Lena worked most of her life in the textile Industry. On October 22, 1949 she married Colon Worth Lewis and they had two sons, Eugene Colon and Barry Dale. Eugene and his wife Beverly and son Christopher live in Cosby, Tennessee. Barry proceeded Lena in death. Lena was a faithful member of First Baptist Church for over 56 years. She held many positions including Sunday School teacher. She was a loving and caring wife. Her husband say's 'she was the greatest.' Lena will be sorely missed by her family and friends. She has been in declining health for the past two years and has fought a hard battle with diseases.