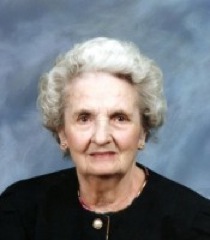 Robbins:
Letty Jane Williamson Wallace 101, formerly of Robbins, passed away on Wednesday, April 20,2011 at Autumn Care Rehabilitation Center in Biscoe.
Funeral services will be 11 AM, Saturday, April 23, 2011, at Tabernacle United Methodist Church with the Reverend Mike Weber officiating. Burial will follow in the church cemetery.
Letty was born December 14, 1909 in Moore County, NC to the late Julius C. and Harriet Deaton Williamson. She was preceded in death by her husband of 50 years, Chester Alton Wallace; infant daughter, Veona Lee Wallace; three brothers: Odie, Dawsey and Kermit Williamson, and three sisters: Nena Campbell, Estella Williams and Mattie Stutts.
She will be remembered fondly by her many surviving nieces and nephews and their extended families. The family wishes to thank the staff at Autumn Care of Biscoe for their loving care of Aunt Letty during her stay there.
Mrs. Wallace was a graduate of Elise Academy in Robbins and retired with over twenty years of service from Robbins Mill, later know as Milliken Company, where she was one of the first female weavers. She was a member of Tabernacle United Methodist Church and the United Methodist Women.
The family will receive friends after the service in the church fellowship hall.
Memorials may be made in Letty's memory to Tabernacle United Methodist Church Cemetery Fund, P O Box 395, Robbins, NC 27325.
Kennedy Funeral Home is serving the Wallace family.
Condolences may be made on-line at: www.pinesfunernals.com