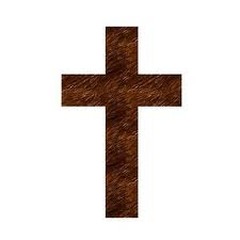 H. Lloyd Kennedy, 81, died on Thursday, April 2, 2015 at his residence surrounded by his family. Funeral service will be held at 4:00 PM, Saturday, April 4, 2015 at Flint Hill Baptist Church, where he was a member, with the Reverend William Hancock officiating.  Burial will follow in the church cemetery.  The family will receive friends following the service in the church fellowship hall and other times at the home. A native of Moore County, he graduated from Elise High School. He served his country in the United States Army. Lloyd was Plant Manager at Carthage Fabrics until his retirement in 1988. He was a loving husband, father, grandfather and great grandfather.  He loved the Lord and his church.  He enjoyed spending time with his family.   He was a son of the late Hughie Carson and Elizabeth Smith Kennedy and was preceded in death by sister: Janice Ann Williams; son in law; James D, Garner, Jr. Lloyd is survived by his wife of 61 years Vernell Wallace Kennedy: daughters: Deborah Garner, Karen Phillips  and husband Butch; grandchildren: Matthew Garner and wife Tracy, Jonathan Phillips and wife Kathryn, Mitchell Garner, Justin Phillips and wife Dani; Great grandchildren: Mason, William, Logan, Nash, Colton, Myles, Avery, Reese and Ella; brother: Charles Kennedy and wife Pat. In lieu of flowers donations can be made to Flint Hill Baptist Church, 963 Flint Hill Church Road, Robbins, NC 27325. Kennedy Funeral Home is assisting the Kennedy family. Condolences may be made online at www.pinesfunerals.com