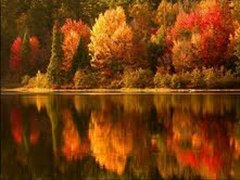 Louis  Bill Joyner 89, died Saturday, January 10, 2015 at FirstHealth Hospice House, Pinehurst, NC, surrounded by his family. A memorial service will be held at 1:00 PM, Saturday, January 17, 2015 at Brownson Memorial Presbyterian Church, Southern Pines, North Carolina, with the Reverend Karen Allen officiating. Louis was the son of the late Louis Butts and Margaret Folsom Joyner and was preceded in death by his sister, Margaret  Branson. Louis served his country in World War II in the United States Marines.  He graduated from Wake Forest University and worked for Carolina Power and Light Company for 37 years. He served on the Session at Brownson Memorial Presbyterian Church. Louis was a past president of the Kiwanis of the Pines and also served a term as Lt. Governor in the District.  Louis was an avid golfer and loved the mountains of North Carolina. He was a loving husband, father and grandfather, and enjoyed time spent with family. Louis is survived by his wife, of 63 years, Betty; son William “Bill” Joyner and wife Jane, of North Wilkesboro; daughters Lynn Joyner, of Southern Pines, Mary Jane Monroe and husband David, of Farmville, NC;  grandchildren Will and Emily Monroe, Jacob and Sarah Joyner. Memorials may be made to Brownson Memorial Presbyterian Church, 330 S. May Street, Southern Pines, NC 28327. Powell Funeral Home and Crematory of Southern Pines is assisting the family. Online condolences may be made at www.pinesfunerals.com .