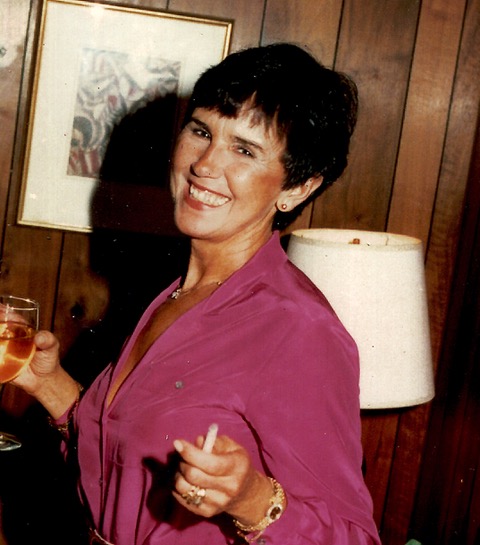 Louise “Lulu” Schumacher moved on to a beautiful new neighborhood on Tuesday September 15th. She passed on peacefully with her good friend Elizabeth Oleson at her side giving her comfort. Lulu was a dynamic, one-of-a-kind woman. Born of strong Serbian parents, she and her sister Jean grew up as outspoken young girls nurtured by loving parents in Washington Pennsylvania.

Lulu had the kind of sparkling personality that made her a great organizer. If there was a party that needed planning, or a trip, or a charity function, you could count on her to take care of it. It’s no wonder that she was hired as the concierge of a floor of suites at the Conrad Hilton hotel in Chicago that catered exclusively to executive women. Her title was “Lady Hilton” and she filled that role with aplomb. She had a theatrical flair and a love for music, film, and good writing, which showed up in the DNA of her sons. She also had a fine eye for interior decoration and antiques, which matched perfectly with the skills of her husband Richard, who was a successful builder and masonry contractor in Chicago. Lulu loved to play golf (or “flog” as she called it) and often traveled to the great courses of Ireland and England with Richard (who played to a four!) When they retired in 1994 they moved to Pinehurst, and joined CCNC. Their home became a hub for great entertaining and social work. Lulu loved the town of Pinehurst and relished in its history and the wonderful people who became her cherished friends.

Lulu loved daisies. So, instead of a memorial service, do this: Next time you see a daisy in bloom, think of a woman who gave so much joy, as flowers always do.

She’s survived by her loving sons. Bill, of Truckee California, and Dave of Pasadena California.

Online condolences may be offered at www.pinesfunerals.com