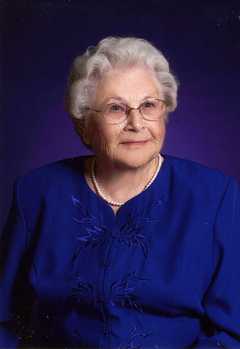 Mabel Kennedy Reynolds,age 98, passed away Sunday, September 20, 2015 at FirstHealth Moore Regional Hospital in Pinehurst with her family by her side.     Funeral Service will be 2:00 p.m. Wednesday September 23, 2015 at Pleasant Hill United Methodist Church, where she was a member, with the Reverend Bryan Maness officiating.  Burial will follow in the Pine Rest  Cemetery.      Born in Lee County to the late William Herbert and Julie Ann Ritter Kennedy she was also preceded in death by her husband Benjamin A. Reynolds.   Mabel worked in textiles at Milliken Mills in Robbins early in life and later became a homemaker so that she could stay home and raise her son.  She was a woman of strong faith and hard work. She enjoyed crocheting and was known by many for the countless butterflies that she made and gave away. She also enjoyed word search puzzles.   She is survived by: her son Benjamin A. Reynolds, Jr. and his wife Linda of Robbins; grandson Benjamin A. Reynolds, III and wife Tara of Asheboro, granddaughter Patricia R. Allen and husband Mike of Troy; great-grandchildren Garrett and Matthew; step-great-grandchildren Trae, Bryant and Justin.   The  family will receive friends Tuesday September 22, 2015 from 6-8 PM  at  Kennedy Funeral Home.   Memorials may be made to: Pleasant Hill United Methodist Church, 1595 North Moore Rd, Robbins, NC 27325.   Kennedy Funeral Home is assisting the Reynolds family.   Online condolences may be made at PinesFunerals.com