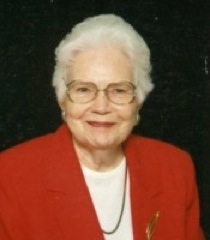 Carthage, NC
Carrie 'Mackie' Muse Paschal, age 92, of 2211 Cool Springs Road, died Thursday, (September 12, 2013) at FirstHealth Hospice House in Pinehurst.
Funeral services will be 2:00 PM Sunday at Fair Promise United Methodist Church in Glendon conducted by the Rev. Tony Baurichter. Burial will follow in the church cemetery.
A native of Moore County she was a daughter of the late Murdock Lee and Willie Phillips Muse. Mackie was a graduate of Hardbarger Business College in Raleigh and worked as a payroll clerk for many years at Carthage Fabrics and later worked for Hines Telephone Company in Sanford.
Mackie joined Fair Promise UMC in 1941 and remained an active member there throughout her life. She was also a member of the Eastern Star, the United Daughters of the Confederacy and was very active in Moore County Genealogy.
She was preceded in death my her husband Julian 'Carr' Paschal; a son Julian Paschal, Jr.; brother Samuel Muse and a sister Elizabeth Ruth.
Survivors include: two daughters Nancy Bowman and Martha McNeill both of Carthage; sister Kate Kaylor of Costa Mesa, CA; five grandchildren, four step-grandchildren, 12 great-grandchildren and seven step-great-grandchildren.
Memorials may be made to: the Methodist Home for Children, 1041 Washington St, Raleigh, NC 27605, or to Fair Promise UMC, 567 River Rd., Robbins, NC 27325.
The family will receive friends at Fry and Prickett Funeral Home from 6:00 - 8:00 PM Saturday and other times at the residence. There will also be a time of fellowship after the service in the church fellowship hall.
Condolences: PinesFunerals.com