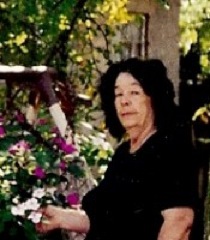 
Robbins:
Maggie Lucille Carter, 87 of Robbins died Sunday April 8, 2012 at Peak Resources in Carthage surrounded by her family.
Funeral service will be held at 2:00 PM on Thursday April 12, 2012 at Bright Light Baptist Church with the Reverend Ralph Voncannon officiating. Burial will follow in Pine Rest Cemetery.
A native of Moore County she was a homemaker and she worked at Robbins Mill. She liked wild flowers and working in her yard. She was a friend to many and loved by all those who knew her. She was preceded in death by her parents Laney and Etta Wallace Garner, a grand-daughter Tammy Hussey, 5 brothers Herman Garner, Jesse Garner, Quimby Garner, Edward Garner and Laney Garner Jr.,
Surviving are her daughters; Inez Lambert and husband Ted of Robbins, Robin Allen of Robbins, and a son Larry Carter of Robbins, sister, Maggie Ruth Garner of Eagle Springs, brothers; Neuby Garner of Carthage and Winfred Garner, MI. Grand-sons, Dale Garner and Keith Allen and 1 great-grandchild, Madison Allen
The family will receive friends from 6-8 PM on Wednesday April 11, 2012 at Kennedy Funeral Home in Robbins and other times at the home of Robin Allen 126 Brown Lane
Robbins, NC 27325
Condolences may be made at www.PinesFunerals.com.
Kennedy Funeral Home is assisting the Carter family.