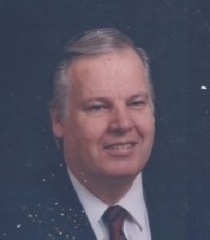 Carthage, NC
Major Killian, age 72 died Monday (January 14, 2013) at his home.
A memorial service will be held 2:00 PM Sunday, (February 10)at Carthage United Methodist Church, where he was an active member, conducted by the Rev. Mattheue Locklear.
Major was born in Minneapolis, MN to the late Wilmer and Madeline (nee' O'Connor) Killian and was a US Army Veteran during the Vietnam War. He earned his B.A. in social science from Chapman University in Orange, CA in 1965 and was a case worker for the Department of Social Services both in Los Angeles, CA and Moore County, NC.
He was a member of the NCSSAR (North Carolina Society - Sons of American Revolution) and very active in the Carthage community. He would regularly volunteered with the American Red Cross blood drives, and the Carthage Historic Museum. Major was very knowledgable in history and antiques. He spent lots of time researching historical facts and information about antique furniture and collectibles. He also had a love of animals and enjoyed pet sitting and taking photographs of friends pets and puppies.
He is survived by his cousin Robbin Suzanne O'Connor who resides in Southern Pines, NC.; their 2nd cousins Docken Polk of Northern CA., Bonnie Thompson of Garden Grove, CA.; 3rd cousins Gail Thompson also of Garden Grove, CA., and Steven Thompson of Japan.
Fry and Prickett Funeral Home in Carthage is assisting with the services and arrangements.
Condolences: PinesFunerals.com