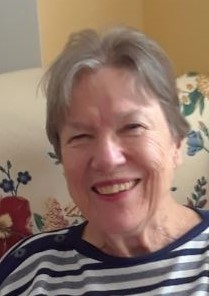 Marcia Powell Black Schumacher passed away peacefully on December 19th after suffering with Dementia for several years. She was in the loving care of her niece, Georgie Donovan Szkula and her husband William Szkula, as well as her much loved and kind caretakers at Fox Hollow and First Health Hospice.

Marcia was preceded in death by her husband Donald Schumacher, her loving parents:  Thomas Leon Black and Mary Powell Black of Pinehurst, and her two sisters, Mary Louise Preyer and Georgie Black Bixler.  Her grandparents were John Powell and his wife Georgie Anna. John Powell was one of Pinehurst’s founding fathers.

Marcia is survived by her niece, Georgie Donovan Szkula and her husband, William Szkula, of Seven Lakes, NC, and her niece, Mary Elizabeth Hargreave, of Lakeland, Florida, and her great nieces:  Georgie Donovan-Mueller, Corey Donovan Lefebvre, and Stacey Donovan.

Marcia was the youngest of three daughters growing up in Pinehurst, North Carolina.  She enjoyed sports, academics, choir and even a successful experience as a young model.  She attended college at WC, which is now University of North Carolina at Greensboro.  Upon college graduation, Marcia began her lifelong career as an elementary school teacher and media specialist, educating and helping develop young children for over 45 years. She had a most successful, illustrious career in North Carolina, Maryland, New York, California and Florida

She met and married Don, who she affectionately called “Schu,” in 1960 and they lived in many places around the country including North Carolina, New York, San Diego and Florida before retiring to Seven Lakes in 2009.  The happy couple enjoyed so many wonderful adventures via traveling, including scuba diving, backpacking and rock climbing throughout the United States, enjoying photography and taking in local cuisines.  Marcia was a great cook, a talented gardener and delightful conversationalist, caring for everyone she met with her bubbly enthusiasm.

Per Marcia’s request, the family will have a small private family service to honor her life.  They request any gifts in her honor be directed to the Dementia Society of America. Many thanks are given to her team of caregivers in the last years of her life, including Dr. Walter Morris, Ursula Spinks and staff, and Carol McWilliams of First Health Hospice.