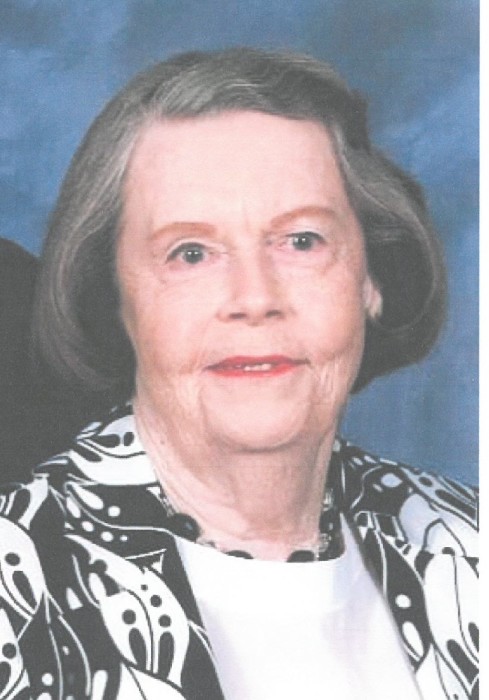 Marguerite Mintz Jacobs died on April 27, 2019 at the First Health Hospice in Pinehurst, NC. Mrs. Jacobs was born June 4, 1924 in Rockmart, Georgia. She was the daughter of the late Mary White Mintz and Lee Roy Mintz. She is predeceased by her parents and her son, Eugene Stephen Jacobs, Jr.

After graduating from Rockmart High School she attended North Georgia College in Dahlonega, GA. It was there that she met her future husband who was attending NGC as a member of the Army Specialized Training Program. She received her BBA degree from the University of Georgia where she was a member of the Alpha Gamma Delta sorority.  She married Eugene Stephen Jacobs of Ithaca, NY on July 7, 1947.

Marguerite and Eugene lived in Fairfield, Ohio for 37 years, and raised their four children. In 1988 they moved to Whispering Pines, NC. Marguerite was a member of the First Baptist Church of Southern Pines. She especially enjoyed her church, antiquing, genealogy, and playing bridge.

In lieu of flowers, memorials may be made to the Building Fund of the First Baptist Church of Southern Pines, NC, or to the charity of your choice.

You may leave a condolence at www.PinesFunerals.com