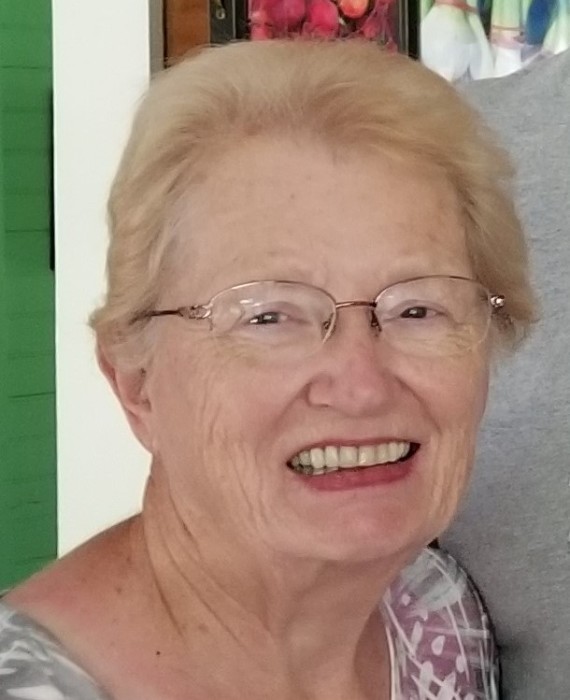 Marie H. Long, 79, unexpectedly passed away Friday, February 15, 2019, at the family home in the Putnam community of northern Moore County.  She was the wife of Raymond (Ray) Long whom she married in 1959. She is survived by her beloved husband, their daughters, Debbie of Boise, ID, Toni (Patrick) of Banner Elk, NC, and Angela of Banner Elk, NC, and son, Roger (Alise), and grandchildren, Calista and Bodewyn, of Heytheusen, The Netherlands.  She is also survived by her sisters, Karen Corpstein of New Albany, MS, and Diane Koppleman of Meade, KS and many cousins. Marie was preceded in death by her parents, J. Harry Hermon and Lois Scott Hermon.

Marie was born (March 4, 1939) and raised in Ness City, a small town in western Kansas.  She attended the Sacred Heart parochial elementary school; during one of those early years, she spent many months bedridden with rheumatic fever.  She attended and graduated from Ness City High School in 1957, where she was salutatorian of her class.

She attended the University of Kansas for two years before transferring to Kansas State University after marrying Ray. She worked as a part-time secretary in the Chemistry Department while completing her 4-year degree, graduating from KSU in 1961 with a B.A. in English.

Marie then spent a year working toward a graduate degree in English Literature before moving to the University of Illinois with her young family in 1962. At U of I, she completed a Master of Library Science. In 1966, she and the family moved to Raleigh, NC, where she relished her role as a full-time wife and mother. She entered the workforce in 1979, beginning a career in meeting and conference planning. Later, she established her own company specializing in meeting planning for various scientific associations and groups. She retired in 2003 and she and Ray moved to a small farm in Moore County where she especially enjoyed working with flowering plants and shrubs. She was thrilled to learn that she was a country girl at heart. As an accomplished gardener, Marie thoroughly enjoyed rural living until her sudden and unexpected passing.

She was a loving sister, wife, mother and grandmother who very much enjoyed her family, traveling the world and gardening. Marie will be greatly missed by her family and her friends in the Putnam Community.

A Memorial Service and Celebration will be held at 11:00 a.m. at the San Juan Diego Mission Church in Robbins, NC, on March 4, 2019.  Lunch and visitation with the family will follow in the church hall.

The family requests that, in lieu of flowers, donations may be made to the Marie Long Student Scholarship Endowment (M47247) in the College of Arts and Sciences, in care of Kansas State University Foundation, 1800 Kimball Ave., Suite 200, Manhattan, KS 66502-3373,please indicate fund number M47247. To make a gift online, go to: www.ksufoundation.org/give/memorials (click on ‘Specify a Designation’ and choose Marie Long’s name in the dropdown).

Fry and Prickett Funeral Home is serving the Long family.

Condolences may be made at pinesfunerals.com