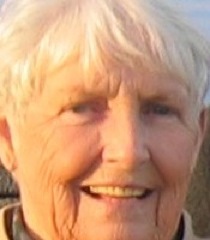 Southern Pines, NC
Marion Burns Walsh, an incredible mother and loving wife, passed away Monday (June 7, 2010) at her home with her family by her side. All who knew her always said, 'I love your Mom, she is just a great woman' and she was. She was born October 13, 1935 and was 74 years young.
Marion moved to Southern Pines from Saratoga Springs, NY where she met and later married Dr. Michael 'Mickey' G. Walsh, Jr. in August of 1958. They were married for almost 52 years. She is survived by her husband, her five children, Michael Walsh III, Thomas Walsh, Tracey Harbour, Chrissie Doubleday, Tara York, her sister Constance Foley who still lives in Saratoga, NY and two grandchildren Keely and Kerri Harbour.
After raising her family Marion got involved in working with Frank Brawley and the Stoneybrook Steeplechase office. Once Frank retired Marion took the helm and ran the Stoneybrook Races for 18 years during some of its most memorable times. Towards the end of the Stoneybrook Steeplechase she founded the Tail Wag'n Inn where she worked along side her husband at the Southern Pines Veterinary Clinic until they retired in 2007. Many people passed through those doors over the years and she greeted them all with her bright smile. She loved life and being around people. In her late 60's she began taking Spanish classes at Sandhills Community College. She continued to take classed for six years not because she didn't master the language, but because she loved learning and traveling with her friends every year to a different country where they took immersion classes.
Marion was an amazing woman and we were all lucky to have had her in our life, albeit for to short of a time.
The funeral service will be held 1:30 PM Thursday at St. Anthony's Catholic Church in Southern Pines, NC. The family will receive friends at Powell Funeral Home and Crematory in Southern Pines on Wednesday from 5:00 - 7:00 PM.
In lieu of flowers memorials may be made to: Bladder Cancer Research Fund, c/o Dr. George Netto, Johns Hopkins Hospital, Weinberg/room 2242, 401 Broadway, Baltimore, MD 21231-2410, or to Firsthealth Hospice Foundation, 150 Applecross Rd., Pinehurst, NC 28374.
Online condolences may be made at: www.PinesFunerals.com