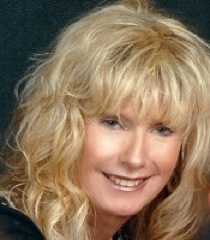 Martha Hussey Brewer 57, died Monday, February 11, 2013 at FirstHealth Moore Regional Hospital, Pinehurst, NC.
Funeral Services will be 11:00 AM, Thursday, February 14, 2013 at Smyrna United Methodist Church, where she was a member, with the Reverend Tal Madison officiating. Burial will follow in the church cemetery.
Miss Martha was a native of Moore County. She owned and operated a daycare for over 30 years. She loved all children very much. She graduated from Sandhills Community College in 2011 with an Associate Degree in Early Childhood Development. Martha loved her dogs Callie Ann and Duffy. She was a daughter of the late Carl and Alice Sheffield Hussey and was preceded in death by her brothers James and Worthy.
Martha is survived by her husband Calvin, they would have celebrated their 19th wedding anniversary on February 14, daughters: Patricia Bezouska, of Robbins, Angie Painter, of Robbins, 7 grandchildren: Alisha Bezouska Wimmer, Shad Painter, Brittany Bezouska, Tyler Painter, Cecily Bezouska, Andrew Bezouska and Josie Painter, as well as her 8 brothers and sisters.
The family will receive friends from 6 to 8 PM, Wednesday, February 13, 2013 at Kennedy Funeral Home and at other times at the home.
Kennedy Funeral Home is assisting the Brewer family.
Online condolences may be made at www.pinesfunerals.com