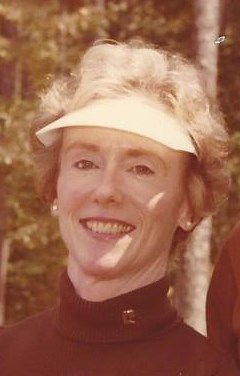 A Memorial Service will be held Monday, March 5, 2018 at 2:00 PM at Powell Funeral Home and Crematory, 160 East New Hampshire Ave., Southern Pines, NC, officiated by the Reverend Michael Dubbs. The family will receive friends one hour before the service, beginning at 1:00 PM
A long-time resident of Rockingham, NC and later Pinehurst, NC,  she was member of the Daughters of the American Revolution, The National Society of the Colonial Dames of America, and the Country Club of North Carolina.  In Pinehurst she was involved in area garden clubs, bridge clubs, and golf until her health began to decline.

The family would like to personally thank Patti Vanderbeck of Firsthealth Hospice, Mary Hanna Vaughn of Aging Outreach Services, and all other people who touched her life or cared for her.