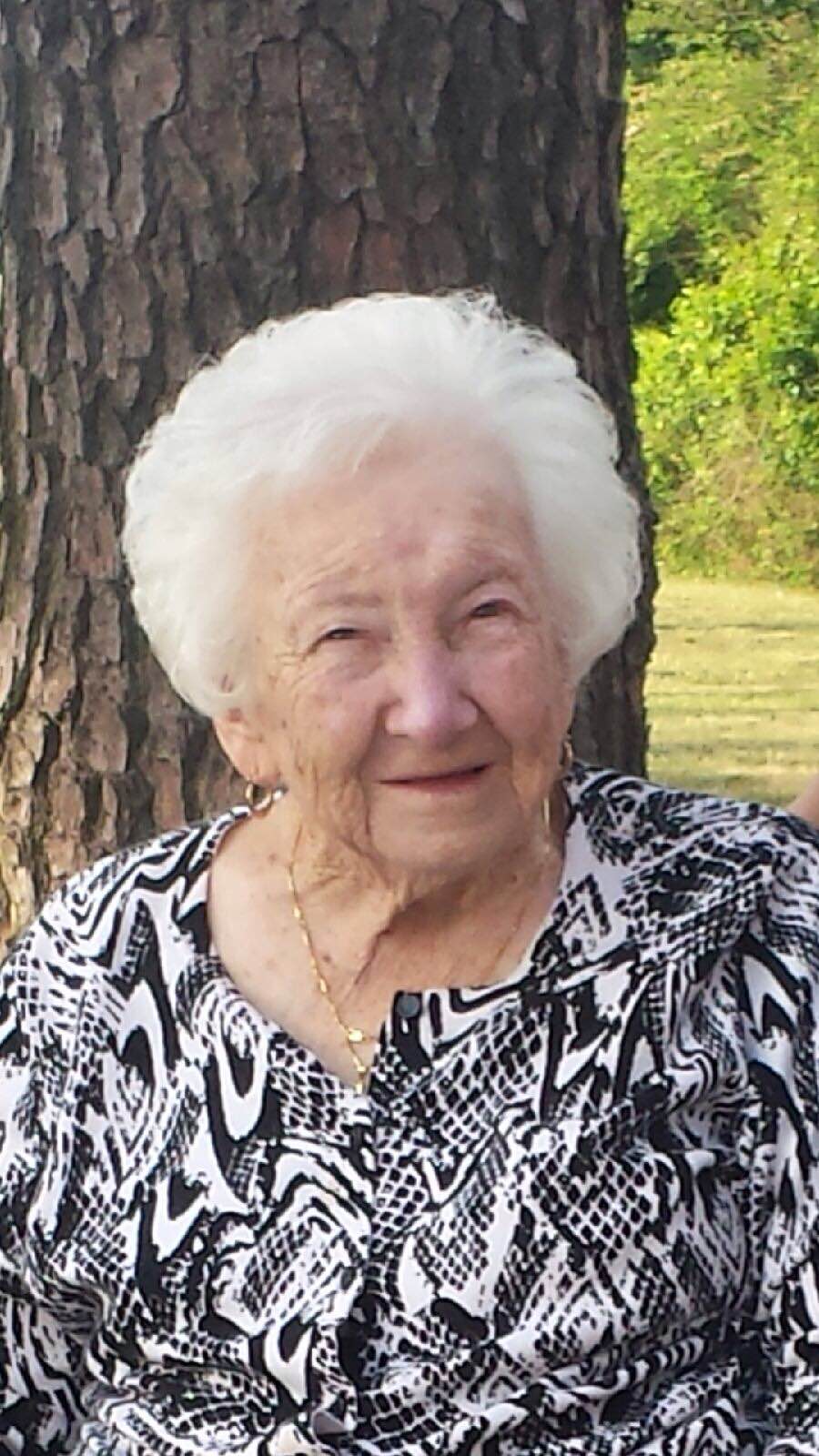 Mary McLauchlin Pope, age 93 of Vass passed away peacefully at her home early Saturday morning. Mary was born on May 2, 1922 to the late Archibald Duncan and Allie Gray Buchanan McLauchlin. She grew up at the McLauchlin homeplace, which had been in the family since the beginning of the Civil War. She attended grade school and high school at Vass-Lakeview and graduated from Peace College. After graduating from Peace, she went to Flora MacDonald and received a Bachelor of Science degree in home economics. During the war, Mary lived in Fayetteville and worked as a dental assistant at Fort Bragg. Following the end of World War II, she became a home economist for CP&L (Carolina Power and Light). She was with CP&L in Goldsboro and it was there that she met the love of her life, Charles Ray Pope. They married at the McLauchlin homeplace on Groundhog’s Day, February 2nd, 1950 and had an extraordinarily happy marriage until his death in May of 1993, which occurred while they were travelling in Europe. Their first child, Mary McLauchlin (“Mary Mac”) Pope was born in Richmond and soon thereafter, the family returned to the McLauchlin homeplace. Several years later, their second child, Charles Ray Pope, Jr., was born. Those years were very happy and were filled with many activities, including travel. Years later, there were two beloved grandchildren - Charles Ray Pope, III and Mary LeAnn Pope. Mary was extraordinarily close to her grandchildren and was extremely involved in their lives. Mary was active in church work and a life time member of Cypress Presbyterian Church. At the time of her death, she had been a member of Cypress for more than eighty (80) years. She served as a Sunday School teacher, the church pianist, organist and choir director, and as an elder. In addition, she served in a number of positions with the Cypress Women of the Church and along the way, gave quite a number of Bible studies. Mary was the Moderator of the Women of the Church of Fayetteville Presbytery and held many other offices in the Women of the Church of that presbytery. She was honored with a Lifetime Membership by the Women of the Church of Cypress Presbyterian and one of the highlights of her life was a surprise luncheon given by the church on the occasion of her ninetieth (90th) birthday, which was complete with an original poem written by Bebe Briggs in her honor. In civic matters, she was active in the Farm Bureau, the Moore County Home Demonstration Club and the Democratic Party before becoming a member of the Board of Elections. She was on the Board of the Circle V Fire Department/Cypress Point Fire and Rescue from 1993 until 2011, when she resigned while Chairperson of that Board. Mary served for twenty-seven years on the Board of Elections, and was chairman for sixteen of those years. The last election for which she was Chairman of the Board of Elections was in 2008 and she made it to each voting site, wearing the her traditional red, white and blue clothing and jewelry and sporting the high heels for which she was well known. Mary was also active in the Magnolia Chapter of the Eastern Star, receiving a lifetime membership in 2009 and also having presented to her a sixty-year pin just last month. And on July 12, 2009 Governor Bev Perdue conferred upon Mary Pope the Order of the Longleaf Pine. A funeral service will be held 11:00 AM Saturday at Cypress Presbyterian Church conducted by The Reverend Barbara Hedin and The Reverend Richard Rodda. A private committal service will be held prior to the service in the church cemetery. Following the funeral service the family will receive friends in the fellowship hall. Memorials may be made to: FirstHealth Hospice Foundation, 150 Applecross Road, Pinehurst, NC 28374. Powell Funeral Home in Southern Pines is serving the Pope family. Condolences: PinesFunerals.com