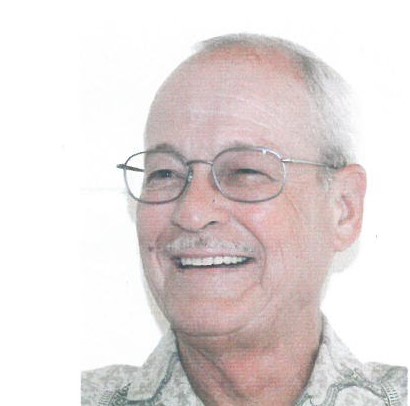 Mike was born April 1, 1942 in Brighton, MA to Lorayne McWeeney. In 1947, he was adopted by Daniel and Helen MacDonald of Pittsfield, MA. The family eventually moved to Winooski, VT. Mike graduated from Rice Memorial High School in 1959. In 1963 he graduated from St. Michael’s College in Colchester, VT where he majored in Chemistry, and was commissioned as a 2d Lt in the Air Force.

In July, 1963 Mike was assigned to the Air Proving Ground Center, Eglin Air Force Base, FL where he was soon assigned to the munitions test directorate, testing air-dropped weapons. Much of his work involved overseeing test flights, or running test equipment, from the back seat of a chase plane. He eventually logged time over 30 different kinds of aircraft ranging from front line fighters to bombers to helicopters.

Mike’s professional career didn’t stop however, even as his wife, Betty’s, Air Force career accelerated. He was an Assistant Professor in the College of Business and Economics, Central Missouri State University, Senior Analyst, Economics and Management Sciences Department at Midwest Research Center, Kansas City, MO, Visiting Fellow in Strategic Planning and Management and a Management Consultant at the International Management Centre, Buckingham, England, and NASA High Performance Computing and Communications Program Coordinator at Universities Space Research Center, Washington, DC. From Washington, Mike and Betty retired in 1992 to Savannah Lakes Village, McCormick, South Carolina. Then, Mike received a call that started 11 years of consulting work for the California Institute of Technology’s Center for Advanced Computing Research, the Jet Propulsion Laboratory, and NASA. They moved to Whispering Pines, NC in 2001.

He will be interred in Arlington National Cemetery.

Arrangements by Fry and Prickett Funeral Home in Carthage, NC.