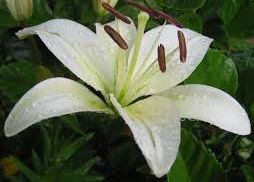 Nancy McNeill Nelson, 85, of Bermuda Run, NC passed peacefully on February 12, 2018 following an extended illness. She was surrounded by loving family and friends at the Kate B. Reynolds Hospice House in Winston-Salem. Nancy was born in Lexington, NC on March 15, 1932 to Sandy Alexander and Helen Leonard McNeill. Nancy grew up in Robbins, NC and played women's basketball for Elise High School, graduating in June 1950. In 1953, she earned a degree in Early Childhood Education from High Point University. She pursued her passion, teaching in both High Point and Chapel Hill. Nancy was a devoted mother to three and passionate "GG" (grandmother) to six.

As the fun-loving neighborhood mom with a red convertible, Nancy was known as “Super Red” and “Nurse Nancy” to many. Whilst notorious for her honest and fierce personality, she was also a talented seamstress, fashionista, and Mrs. Fix-it. Nancy was always eager to be part of the ride. The loyalty she had towards her children and grandchildren, and overall zest for fun, took her to multiple cities, theatre arts productions, equestrian events, shopping trips, and basketball games.

Nancy was a founding member of the Steel Magnolias, an active part of the High Point University Alumni Association that sponsors a Scholarship Fund and frequently hosts events on campus. She was an enthusiastic volunteer with Meals on Wheels for more than a decade, and delighted in brightening the day of many homebound seniors. Nancy was an avid Duplicate Bridge player and belonged to several local Bridge Clubs.

Nancy was predeceased by her parents and her brothers, Tommy Alexander McNeill of Winston-Salem and Johnny Coy McNeill of Robbins. She is survived by her children: Zan Nelson Davis of Clemmons, (and her husband John); Roxanne Nelson King of Spartanburg, SC (and her husband George); and William Lee Nelson, Jr. of Lewisville (and his wife Ginger). She adored her grandchildren and loved spending time with them from birth: John Gunn Davis of Winston-Salem; Kimberly Davis of Miami, FL; Meredith Davis of Newcastle, UK; Elizabeth King of New Orleans, LA; and William Lee Nelson, III (Will) and Tanner Martin Nelson of Lewisville. Nancy is also survived by her sisters-in-law Willa McNeill Williams and Phyllis McNeill, her nephews Mark McNeill and Craig Phifer, and her nieces Tanya McNeill, Diane Logan, Sandy Evans and Shannon Francisco.

A memorial service will be officiated graveside at Pine Rest Cemetery, 541 Plank Road, Robbins, NC 27325 by Pastor Mamie Alley of Tabernacle United Methodist Church at 11:00 AM on Saturday, February 17, 2018. Arrangements are through Kennedy Funeral Home in Robbins. In lieu of flowers, the family would be grateful of a memorial contribution made in Nancy’s name to either High Point University, for "Steel Magnolias Scholarship Fund", One University Parkway, Drawer 29, High Point, NC 27268 or The Children’s Home Society of North Carolina, P.O. Box 14608, Greensboro, NC 27415.