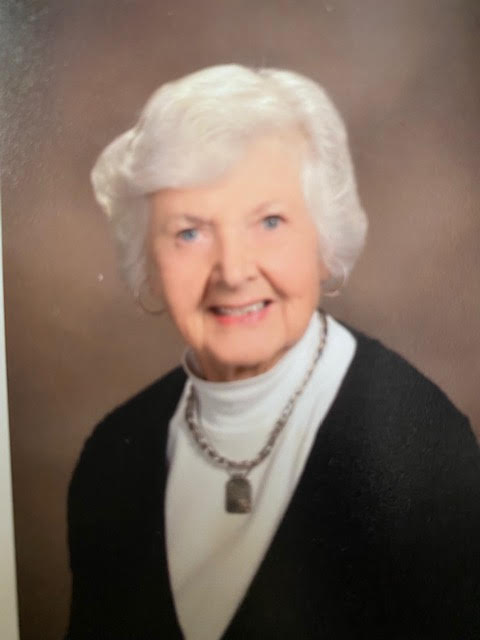 Nancy W. Loew, age 101, of Southern Pies NC, and formerly of Pinehurst and Chicago, IL, was launched to heaven on Saturday, July 17, 2021, at the Coventry of St. Joseph of the Pines

Born in Chicago, she was the daughter of the late Clifford Vaughn Wales and Ruth Bain Wales.  She married the late Kingsley Dale Scott who died in his early 50’s. She then later married Richard “Dick” Loew with whom she enjoyed life until his death in 2014. Both of Nancy’s husbands were artists.  Nancy was creative in her own right by her ability to spread love, joie d/vivre, and humor.

Nancy is survived by her daughter, The Rev Lynn Scott White and her husband Michael, three grandchildren, Scott (Kathleen) Christopher (Leslie), and Linden, and by 4 great grandchildren, Jessica, Alex, Aidan, and Owen.