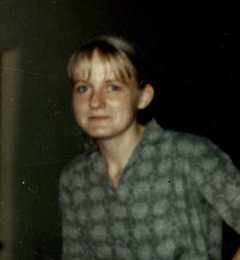 Ophelia Garner Smith, age 69 of Carthage died Tuesday (January 27) at her home.   Funeral services will be 2:00 PM Friday at Marks Creek Presbyterian Church in Hamlet. Burial will follow in the Currie-Cameron Cemetery.   A native of Moore County she was a daughter of the late Fletcher and Cathleen Maness Garner. She was part of the last graduating class of Farmlife School in 1964. She lived for several years in Florida before return to Carthage in recent years.   She was preceded in death by: her brother Tony Garner and sister Linda Lopez.   She is survived by: her husband of nearly 47 years Sydney Smith; son Norman Smith and wife Nicole of Jacksonville, FL; daughter Karen Darling and husband Zane of Andrews, TX; brother Ray Garner of Pinebluff; sister Joan Maness; five grandchildren.     The family will receive friends at Fry and Prickett Funeral Home on Thursday from 6:00 - 8:00 PM.   Memorials may be made to: FirstHealth Hospice Foundation, 150 Applecross Road, Pinehurst, NC 28374.
Condolences: PinesFunerals.com