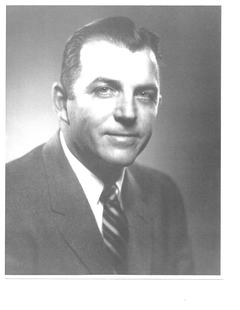 Paul Wellington Baker, age 94 of Pinehurst passed away at his home on Wednesday (October 14, 2015). A gathering of friends and family will be from 2:00 - 4:00 PM Thursday (October 22, 2015) at the home. Paul was born in Columbia, South Carolina on January 15, 1921 to the late James Alpheus Baker and Ethel Ogg Baker. He attended NC State University until he enlisted in the US Army Air Corps during WWII. A year later in 1943 he was promoted to 1st Lieutenant. He was the bombardier/navigator of a B-25 Mitchell Bomber in North Africa and Italy. While serving he received the purple heart, air medal and the oak leaf cluster. After his service to his country he began his career in textiles, first working with J.A. Baker Cotton Company and family business in Charlotte and Memphis and Lassiter Corporation in Charlotte. Later he served as Chairman and CEO of Hadley-Peoples Manufacturing Company in Siler City, also a family business. Paul was an avid outdoorsman. He enjoyed hunting, fishing and the Hoffman and Tarheel field trials. He was an avid gardener and enjoyed volunteering with local charities and helping people.   He is preceded in death by: his first wife and mother to his four children Jane Lassiter Baker; two brothers Jack and John Baker and his sister Dorothy Baker Billings. He is survived by: his wife Carolyn Tippett Baker; daughters Jane Wellington Baker, Linda Baker Hoggson, Helen Ray Baker Nelson; son Paul Wellington Baker, Jr.; five grandchildren and six great grandchildren. In lieu of flowers memorials may be made to: The American Red Cross, Salvation Army, FirstHealth Hospice or the Wounded Warrior Project. Powell Funeral Home and Crematory is assisting the Baker family. Online Condolences may be made at: PinesFunerals.com