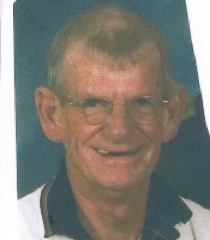 Ralph Hunsucker, 66, of 50 Foxtail Lane at Foxfire Village died Saturday September 25th, 2010 at his home.
A Graveside service will be held on Tuesday, September 28th at 1:00 p.m. at Pine Rest Cemetery in Robbins.
Born January 3rd, 1944 in North Carolina he was a son of the late Roy Ralph and Ollie Harrington Hunsucker and was preceded in death by his sister Mary Zoe Cathcart.
Ralph was a supervisor for Proctor - Silex and a truck driver for Riley Paving Company.
He is survived by his wife, Shelby Hunsucker of Foxfire Village, two daughters, Kimberly U. Beck of Seven Lakes and Carrie Stanley Kirk of Wilmington, four sons, Mark and Shane Hunsucker of Lenoir, Eric Stanley of Foxfire Village, and Matthew Hunsucker of Southern Pines, one brother, Jerry Hunsucker of Jacksonville, FL, five grandchildren and two great grandchildren.
The family will be receiving friends from 6 to 8 p.m. Monday at Kennedy Funeral Home in Robbins.
Memorials may be made to FirstHealth Hospice Foundation, 150 Applecross Road, Pinehurst, NC 28374