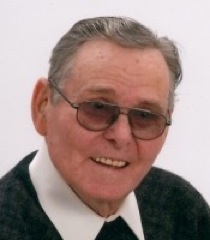 Richard Clyde McNeill, 90, of Robbins, passed away peacefully Tuesday, December 18, 2012 at his home surrounded by his loving family.
Funeral services will be held at 2 p.m. on Saturday, Dec. 22 at Pleasant View Friends Church, Robbins, with burial to follow in the church cemetery. Visitation will be Friday at Kennedy Funeral Home in Robbins from 6 to 8 p.m.
Born July 13, 1922 to John Robert and Isabelle McNeill he is survived by his loving and devoted wife, Maxine Williams McNeill of 65 years; three adoring daughters, Diann Powers and husband, Walter, of Robbins; Joann Andrew and husband, Gary, of Huntsville, AL; Debra McNeill-Sattler and husband, Charles, of Powerdersville, SC. Clyde also leaves behind four wonderful grandchildren, Seth Powers and wife, Danna, of Robbins; Amanda Brown and husband, Mike, of Owensboro, KY; Neil Andrew and wife, Lisa, of Huntsville, AL; and Wesly Sattler of Powerdersville, SC; four great-grandchildren, Ashlyn Powers, Reagan and Andrew Brown and Bailey Andrew. He is also survived by a sister, Rachael McGee of Archdale, NC; a brother Harold Davis and wife, Emily, of Robbins; and two step sisters, Bernice Cockman and Rachael Brewer.
During World War II Clyde was a welder at the Newport News Shipyard and continued the welding trade during his working years. Some of his greatest treasures in life were his family, church family and close friends who he enjoyed traveling and camping with. His family is very grateful for the life lessons and faith in God that he always shared with them. He was a faithful member of Pleasant View Friends church for 64 years.
Memorial contributions may be made to the Cemetery Fund, Pleasant View Friends Church c/o of Greer Williams, 1071 Talc Mine Road, Robbins, NC 27325.
Kennedy Funeral Home is assisting the McNeill Family.