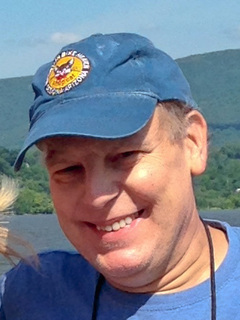 Richard Wayne  Terry , 59, of Whispering Pines, NC passed away at his home on Saturday, January 16, 2016 after a long illness.  Rick was born and raised in Princeton, NJ, and had many happy memories of growing up there.   Rick was a man of many talents.  He was a master craftsman, woodworker and carpenter. From a very early age he was fascinated by how things worked.  He could fix anything and throughout his life he derived great pleasure from designing and building furniture and ‘gadgets’ to meet a specific function.    Rick loved the outdoors and was a gifted athlete who enjoyed hiking, biking, rock-climbing, canoeing, kite-flying and tennis.  However, basketball was Rick’s favorite sport, and although he was only 5'9'', he once famously took a certain ex-pro 'to school' in a pickup game.   He also had a passion for music and was a talented piano-player, who possessed a natural improvisational ability.  While he appreciated a wide variety of musical genres, he had a special love of jazz, classical and funk.   His love of animals, especially dogs, was a deep thread that ran through his life, and his exceptional ability to relate to them brought him much joy over the years.   Rick was a kind, warm, humble and generous man, with a perceptive mind and an easy way about him.  He possessed a great sense of humor and lived his life with a deep sense of personal integrity.  Rick was a wonderful friend, and an exceptional husband, brother, son and uncle, as well as father to his beloved dogs.    Rick lived with cancer for the last eight years of his life and was especially appreciative of the skilled and compassionate care he received at the FirstHealth Cancer Center in Pinehurst, NC.  His many walks at the Southern Pines Reservoir were a source of peace and serenity for him during this time.   He is survived by his wife, Teresa Lynch, his beloved dog Roscoe; his brother, Gregory Maynard  Terry ; his sister, Joyce Lynn Darling, his brother-in-law, Glen Earl Darling, his nephews, Matthew Maynard Darling and Andrew Lynn Darling; and many extended family members. He was predeceased by his parents Charles Maynard  Terry  and Bernis Arlene  Terry , and his beloved dogs Oscar and Jesse.  He will be greatly missed.    A memorial service will be held at the Mountains Lake House in Princeton, NJ in the spring.   In lieu of flowers, contributions may be made to The International Myeloma Foundation ( myeloma.org ) or New Spirit 4 Aussie Rescue ( ns4ar.org ).   Powell Funeral Home and Crematory is assisting the family.