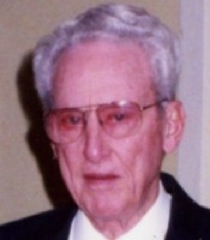 Pinehurst, NC
Robert Edward 'Bob' Lee age 92 died Thursday (December 5, 2013) at Quail Haven Village in Pinehurst.
Bob was born September 26, 1921 in Franklin, VA to the late Rev. Percy Owen Lee and Bernice Buck Lee. He was a graduate of Elon College and receive his Masters degree from UNC Chapel Hill.
He moved to Aberdeen in 1946 and began teaching at Aberdeen High School. In 1950 he became principal of the school. Bob had an avid love for sports and coached baseball, basketball and football while at Aberdeen High School. During that time the girls basketball team won the Moore County championship from 1947- 1954, and also won the state championship in 1951 and 1953. At the same time he developed the six-man football team. A book, The History of Six-Man Football in North Carolina was written about the program that he started in Aberdeen.
Bob was chosen as Principal of the Year, also served as president of the North Carolina High School Athletic Association (NCHSAA) and was a member of the NCHSAA Hall of Fame. He was also selected as Alumnus of the Year at Elon College, received the Terry Sanford Award and was inducted into the Union Pines High School Hall of Fame.
In 1959 Bob became the Moore Country School Superintendent and served through integration, school merging and consolidating, and while those were tough years he was able to earn great respect by many.
In 1963 he was asked to contact the proper authorities in Raleigh relative to a Community College for Moore County. Many meetings later a vote was held and passed for a bond to begin Sandhills Community College.
He was one of the founders of the North Carolina Association of School Administrators (NCASA) and served as the first president in 1976-77. He was also chosen as Superintendent of the Year for the state of North Carolina. In 1985 Bob retired, but not to be forgotten by his many friends and piers the Moore County School Administrative Building as well as the Auditorium at Pinecrest High School were both named after him. Another book, Treading New Ground, The History of Moore County Schools 1959-1985 was written about the years Bob spent working as Superintendent.
Bob was a man of strong faith and a devout family man. He was an active member of Carthage United Methodist Church for many years were he served in many different capacities. He sang in the church choir for over 40 years; was a lay minister in the Methodist Church and served as president of the Methodist Men.
Bob was an avid outdoors man and loved his bird dogs. He along with Mills Hodge owned PineKone Kennel. Bob had seven Nation Champions. He was inducted into the National Bird Dog Foundation Incorporated and given a life patron membership in 2004.
He was a past President of the Rotary Club of Carthage, a past member of the Kiwanis Club and a recipient of the Kiwanis Club Builders Cup in 2004.
Bob was preceded in death by a brother Charles Owen Lee and a son Bobby Lee who passed away in 2012.
He is survived by: his wife of 67 years Mary Hales 'Gee' Lee; daughters Mary Lou Vaughan and husband Joe of Pinehurst, Carol Anne Lee of Raleigh; sons Charles Andrew 'Andy' Lee and wife Laura of Southern Pines, Edward Hales Lee and wife Tamara of Seven Lakes; grandchildren Mary Hannah Vaughan and husband Jamie Nesbit, Lee Anne Vaughan Boutaugh and husband Kenny, Bailey Vaughan and wife Shirley, Merideth Parker and husband Jacob, Robert Edward Lee, Johnathan Lee, Andrew Lee, Kinsey Lee, Rebekah Lee and Anna Lee; great-grandchildren Maddie Arrington, Landen Yu, Hannah Claire Nesbit, Emerson Vaughan, Lilly Vaughan and Parker Vaughan.
A memorial service will be held 2:00 PM Tuesday at Carthage United Methodist Church, conducted by the Rev. Mattheue Locklear and the Rev. Terry Bryant.
The family will receive friends at Fry and Prickett Funeral Home Monday evening from 6:00 - 8:00 PM and again following the service in the Sinclair House adjacent to Carthage United Methodist Church.
Memorials may be made to: Carthage United Methodist Church. P.O. Box 70, Carthage, NC 28327.
Fry and Prickett Funeral Home is serving the Lee family.
Condolences: PinesFunerals.com