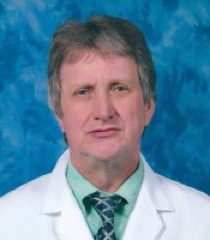 Robert Hershel Reynolds, Jr. 64, died Friday, December 13, 2013 at his residence.
Funeral service will be held at 2:00 PM on Tuesday, December 17, 2013 at the First Wesleyan Church in Robbins, with the Reverend Sam Swinney and Reverend James Valk officiating. Burial will follow in the Pine Rest Cemetery.
Robert was a native of Montgomery County, Georgia. He graduated from the University of Georgia with a Degree in Pharmacy. He was the Manager/Pharmacist for Tarheel Drug for 19 years and also worked at Kerr Drug. Robert loved music, especially guitar and banjo, astronomy and flying . He was a son of the late Robert Hershel Reynolds, Sr. and Nan Grinstead Reynolds and was preceded in death by his sister Tannie Teal.
Robert is survived by his wife; Joy, of the home, son: Robert Hershel Reynolds, III, of Raleigh, daughter: Melissa Reynolds Miller and husband Daniel: sister: Gerry Davis and husband Richard: brother: Louie Reynolds and wife Brenda, brother in law James Teal and many nieces and nephews.