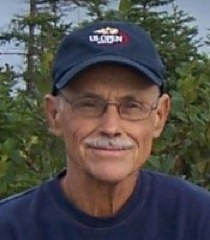 Ronald G. Liveris 'coach Ron', 74, of Southern Pines passed away peacefully in his home on the 14th hole at Longleaf Golf and Country Club on December 31st, 2010. Ron is survived by his wife of 37 years Michelle (Judith Michelle Safford), his daughter Julie (husband Rich, Cincinnati, OH) and his son John Paul (fiancAƒAC. Kenia, Lorton, VA) and grandsons Abraham, David and Bryson. His younger brother Joel (wife Laura and their children, Park Ridge, IL), sister-in-law Barbara and children, Tyndall, SD), brother-in-law Robert Safford, (wife Barbara, Phoenixville, PA). He was preceded in death by his beloved son Gregory, older brother Kenneth, parents (married for 70 years) Joseph and Charlotte and mother-in-law Margaret Williams.
Ron grew up on the south side of Chicago in an active and competitive family of 3 boys, who were also uniquely artistic and forward thinking. At an early age he developed a lasting love of golf and tennis, competition and camaraderie. Ron played numerous team sports and in spite of his stature, was a fierce and skilled sportsman with a winning streak of awards that continued to accumulate throughout his life. At 16, Ron went to college where he embarked on a lifelong quest to expand his mind as well as his sports endeavors. Upon graduation from DePauw University (58') he served in the U.S. Army for two years prior to beginning his civilian career.
A faithful Federal Government servant for 35+ years Ron's career was marked with integrity, dedication, creativity and ingenuity. For over 20 years, he worked in the Office of the Secretary of Defense as one of the prime architects of the All-Volunteer Force. He also designed enlistment incentives used by all Services to persuade young people to join the military. He authored numerous reports to Congress and testified before Congressional committees regarding the viability of the volunteer military. Upon retirement, he was presented the Department's Distinguished Civilian Service Medal for his contributions to military personnel management.
Ron's second career as an 'Ambassador of Tennis' was filled with enthusiastic volunteer work. In 2003, he became a USTA certified Tennis Teaching Professional. His love of the game and teaching were in perfect harmony on the court where he loved 'playing' with children to develop their skills and interest. He worked tirelessly with the Moore County Tennis Association (implementing children's programs) and with NC Tennis where he was instrumental in developing the operations plan that facilitates the USTA North Carolina Adult State Championships to be played in Pinehurst with absolute precision. These championships continue today following his written instructions of operation from 2004.
Ron was a dedicated husband, father, and grandfather; a loyal brother and devoted son; and a coach, mentor and friend to many who appreciated his wit, dry humor and genuine nature. His gentle strength, perseverance, smile and humor were with him to the end.
A visitation at Community Presbyterian Church of Pinehurst will be held for family and friends on January 14th from 3:00 - 5:00 PM in the Fannie B. Grey parlor. Please join the family in a celebration service at the church on January 15th at 11am. Reception immediately following in the Fellowship Hall.
Donations can be made to The Ron Liveris Memorial Youth Tennis Scholarship. For information, please contact: Susan Foster, spillyfoster@gmail.com or visit www.pinesfunerals.com (Powell Funeral Home) where you can also share memories about Ron, view photos and read about his courageous last days.