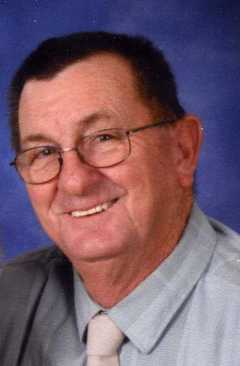 Ronnie M. Comer, age 68, of Cameron died peacefully Thursday (March 24, 2016) at his residence, after a long battle with cancer.   Funeral services will be 2:00 PM Thursday, March 31st at Pleasant Hill Baptist Church with full military honors. The Rev. Gregg Newton and The Rev. David Boroughs will be conducting the service. Burial will be at Cameron Cemetery.   A native of Moore County he was the son of the late Russell Dewey Comer and Rachel Smith Comer. He served in the US Army for 20 years including two tours in Vietnam and was a retired truck driver and heavy equipment operator. He served as District 16 Commander of the American Legion and was active in the local post 296 in Vass.   Ronnie loved his family, his country, his church and had many friends. He enjoyed family trips to Badin Lake, riding his motorcycle, and working in his garden.   He was preceded in death by: his grandson Joseph Harden.   Survivors include his wife, Vicki Marion Comer; two daughters, Beverly Heldt of San Antonio, TX and Amanda Comer of Aberdeen; two sons, Russell Comer & wife, Teena of Lobelia and Phillip Comer & wife, Kerri of Sanford; sister, Donna Comer of Cameron and brother Jerry Comer of Winston-Salem; grandchildren Jordan, Hannah and Elijah; and his mother-in-law "Mama Pansy" Teague.   The family will receive friends at Fry & Prickett Funeral Home from 6:00 - 8:00 PM Wednesday, March 30th, and other times at the home.   Memorials may be made to: American Legion Post 296, 2960 US HWY 1 Vass, NC 28394, or to Pleasant Hill Baptist Church, P.O. Box 386, Southern Pines, NC 28388.
Online condolences may be made at PinesFunerals.com