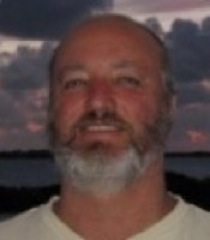 Roy Henry Cole, age 54 of Pittsboro died Tuesday at home with his family at his side after a hard fought battle with cancer.
Born Nov 23, 1957 in San Jose Costa Rica to missionary parents: Samuel Eugene Cole andÂ Ethel Modena (Reynolds) Cole.
Roy met the love of his life Roberta Lynn Snyder at Camp Kulaqua in FL where they both worked as counselors and life guards. Â Roy's father Elder Cole married them in Cocoa FL June 22, 1980. Â Their only child, Roy Benjamin Cole was born in Chattanooga TN June 3 1982.
Roy attended Ozark Adventist Academy in AR for high school and then he attended Southern Missionary College in Collegedale TN, receiving his BS in Arts. He worked as a Layout and Design/ Graphic Artist for Classic Chevy Club in Orlando, FL.
Roy graduated from Florida Institute of Technology in 1997 and was hired by IBM in Research Triangle Park in Jan 1998. Â He worked for IBM 13 years until his passing this Dec. Â He loved his job and the people he worked with. Â He continued to work for 3 years after his diagnosis of cancer. Soon after moving to Pittsboro in 1998 he joined the Pittsboro Seventh-day Adventist church where he served in many capacities including head elder, youth director and Sabbath school teacher.
He was preceded in death by: his father Samuel Eugene Cole in May 1997 and his brother-in-law Wayne Hartzog May 2011.
He is survived by his wife of 31 years, Roberta Lynn Cole and their son Roy Benjamin Cole both of Pittsboro, NC; his mother-in-law Betty Snyder of Pittsboro; his mother Ethel Cole-Parobek and step-father John Parobek of Lodi, CA; his sister Anne and husband Harvey Borton of Lodi, CA; his brother Samuel and wife Gayle Cole of Portland, OR; his sister-in-laws Carol and husband Ed Draper of Opelika, AL; Sue Hartzog of Newport TN; Debbie and husband Kevin Lilly of Coram NY and multiple nieces and nephews.
A Celebration of Roy's Life will be 5:00 PM Saturday at Pittsboro Seventh-day Adventist Church 637 West Street, Pittsboro.
The family will receive friends following the service in the fellowship hall.
Memorials may be made to UNC Hospice @
www.unchealthcare.org/site/hospice/donations