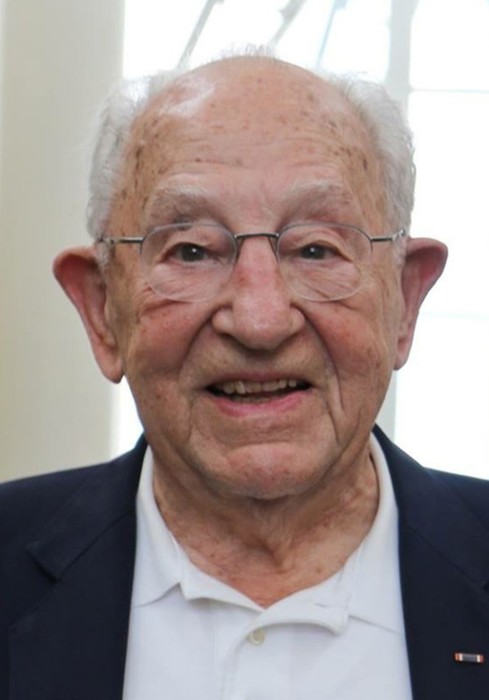 A celebration of his life will be held at Quail Haven Village, 155 Blake Blvd. Pinehurst, NC, at a date to be determined.

Raised on a dairy farm in central Pennsylvania, Mr. Hanna attended Penn State University where he was a member of Sigma Chi and the Penn State Boxing Team, winning the Intercollegiate Golden Glove championship in the Light Weight Division in 1939. In 1940 he volunteered for military service. As a soldier in combat with 504th Parachute Infantry, 82nd Airborne Division, he was credited with 262 days of combat duty and received numerous citations and medals including a Purple Heart and Distinguished Service Cross for extraordinary heroism near Carroceto, Italy on 8 February 1944. In 2018, he was inducted in the first class of the 82nd Airborne Division, All American Hall of Fame. In 2017, a regimental room at Fort Bragg was named in his honor.

He spent his career in the dairy industry, retiring in 1982 to Southern Pines, NC where he spent much of his time in volunteer service, including as a member of the International Executive Service Corps (IESC), Literacy Council, and Meals on Wheels. He and his late wife, Janice Stier Hanna, traveled significantly including two missions with IESC to Sri Lanka and Northern Yemen.

Mr. Hanna was an avid gardener and previously active in the Elks Club, playing golf for many years with the Early Birds. In 2011, he and Jan moved to Quail Haven Village in Pinehurst, NC where he resided until his passing. He is predeceased by his wife of 73 years, Janice, and his son, David. He is survived by his three daughters; Stephanie Fraser of Southern Pines, Rebecca Hanna of Forest, VA and Amy Cistulli of Unionville, CT and four grandchildren.