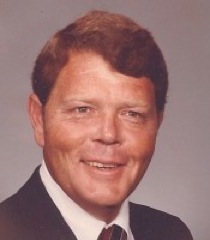 Carthage, NC
Russell 'R.G.' Smith, Jr., age 66 of 521 S. McNeill Street died Sunday (October 3, 2010) at FirstHealth Moore Regional Hospital in Pinehurst.
Funeral services will be 2:00 PM Wednesday at First Presbyterian Church in Carthage. The Rev. Rick Martindale will be officiating. Burial will follow with Masonic rites at Cross Hill Cemetery.
A native of Moore County he was a son of the late Russell Green Smith and Virginia Brewer Smith. He was a US Navy Veteran and presently serving as Grand Master of the Carthage Masonic Lodge #181 AF & AM. He began working at and early age with his father in the oil distribution business and continued in the business for many years. He also owned Smith Auction and was an auctioneer. He was preceded in death by his wife Shelley Slagle Smith and a son Christopher Smith.
He is survived by: his daughter Kimberly S. Gibson and husband Donald of Vass; son Todd Smith of Carthage; step-daughter Amy Porterfield of Roxboro, Kim Hirst of Charlotte; step son Mark Wingate of Denver, NC; sister Lucille S. Goodson of Charlotte; eight grandchildren; six step-grandchildren; one great-grandchild.
The family will receive friends Tuesday from 6:00 - 8:00 PM at Fry and Prickett Funeral Home and other times at the residence.
Memorials may be made to: The Masonic Home for Children at Oxford, 600 College Street, Oxford, North Carolina 27565.
Condolences: www.PinesFunerals.com