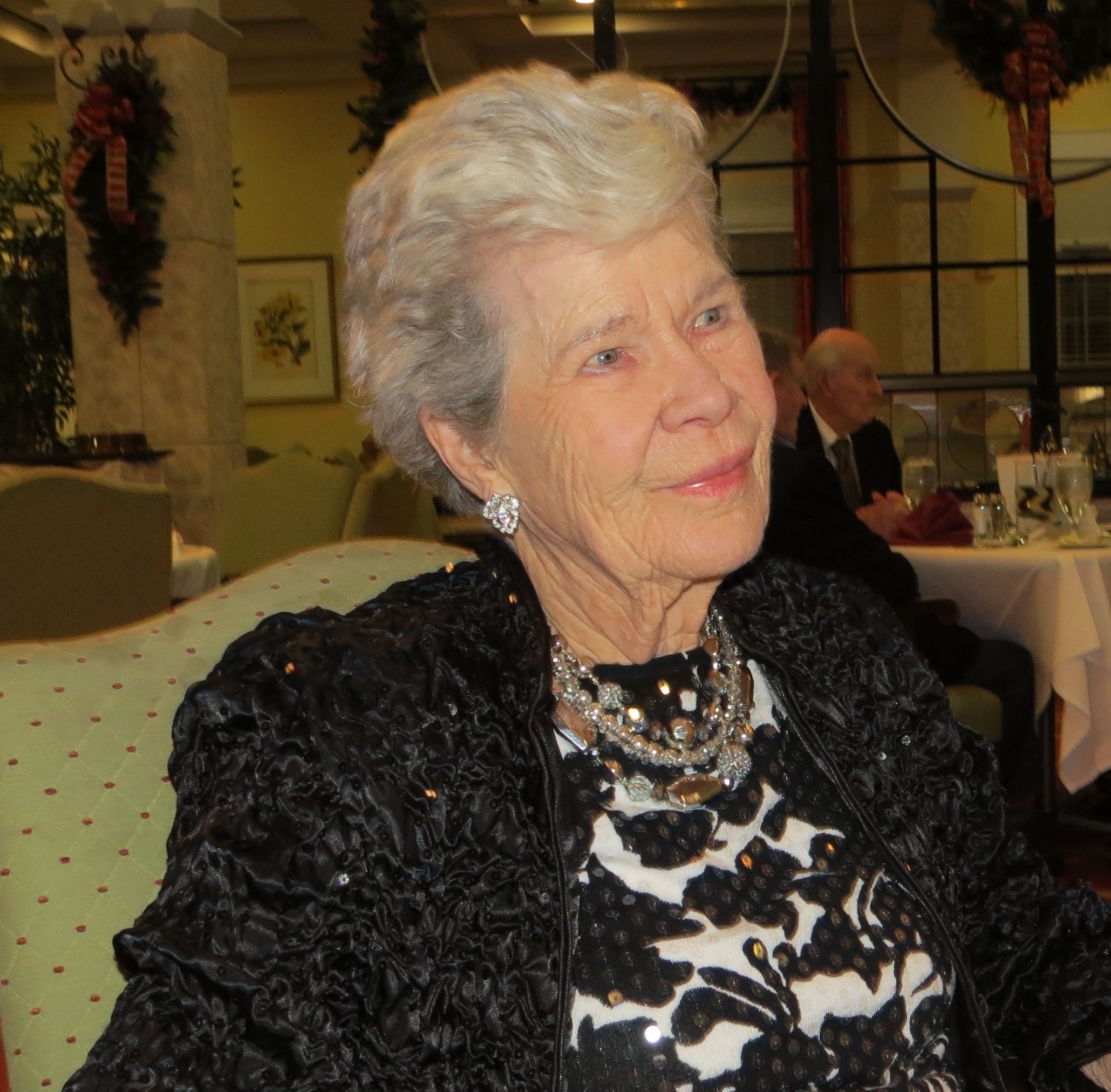 Sarah Lee Brandon Simpson, 94, passed away peacefully at her home on Tuesday, November 12, 2019.

A service will be held in the chapel at Belle Meade on Friday, December 6th at 2 pm, followed by a Celebration of Life.

Sarah was born on lucky Friday the 13th of January, 1925, in Elkin, NC, to the late Weldon Cecil and Mattie Lou Moseley Brandon. The family lived in Oxford and Winston-Salem as she grew up. She graduated from Reynolds High School, attended Salem College and graduated from the University of South Carolina with a degree in Education.  She taught in Danville, Va., Winston- Salem and Cleveland, Ohio.

At USC, Sarah fell for a handsome Navy guy, George Simpson. They married in 1948 and moved away from Sarah’s large closely-knit southern family to snowy Cleveland, Ohio where they raised two children, Edith Lee and David. Sarah finally got to return to her beloved North Carolina in 1984 when George retired. She loved living on Spring Lake in Whispering Pines before they moved to Belle Meade in 2007.

Sarah began to study art once the kids were grown, first in Pepper Pike, Ohio and later in Aberdeen. She was a founding member of the Artist League of the Sandhills, serving as President in 1999. Her work was shown in many art shows, including one at the Campbell House in Southern Pines, and one at the Blanden Art Museum in Fort Dodge Iowa where she had a one woman show.

Sarah was always active in her church, wherever the family lived.  At Fairmount Presbyterian in Cleveland Heights, Ohio, she served as a Deacon and Elder. Once they moved to Southern Pines, she was active at Bronson Memorial and St Joseph of the Pines Chapel.

Sarah was a volunteer at the Sandhills Coalition for Human Care for ten years and supported other community groups. She loved flowers and her garden brightened Belle Meade for many years. She also enjoyed tennis, golf, bridge and reading in her spare time. She was active until the last, having just entered two of her paintings in the Artist’s League Fall Show and then volunteering as other artists dropped off their work. The show is currently in progress and runs until December 20.

Sarah was a beloved daughter, wife and mother. She was preceded in death by her son, David Brandon Simpson.

Powell Funeral is honored to serve the Simpson family.