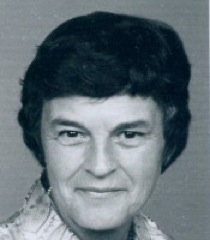 Sheena Mary Emmenegger, daughter of Edward and Mary Webster, was born in Aberdeen, Scotland, on January 21, 1921. A died-in-the-wool Scot throughout her life, she emigrated to the USA with her parents when she was eight years old. She was a graduate of Duke University, which she always held close to her heart. Sheena and her husband, Fred, were married shortly after World War II - a union that was to last 60 years. She and Fred retired to Whispering Pines, North Carolina, about 35 years ago. Eight years later, as a consequence of brain surgery for an aneurism, her entire right side was paralyzed. She persevered through physical and occupational therapy, and eventually learned to write left-handed so well that it wasn't noticeable that she had changed hands. She drove her car frequently, cooked her delicious recipes, played bridge, and performed household chores -- all using only her left hand. In particular, her patience in making beds and folding sheets one-handed was an example of her determination and spirit. She would insist on doing things for herself even when others were happy to do them for her. Fred passed away about six years ago, and Sheena adjusted to living alone in the Belle Meade retirement community. Despite her physical disabilities and increasing age, she clung to her independence and mobility up until a year ago, when declining health forced her to move into full-time nursing care. She was 92 years old, and was a loving and faithful wife, mother, grandmother, and great-grandmother. Sheena is survived by her three children - Frederick Jr. (Rick), Thomas, and Anne -- as well as seven grandchildren and one great-grandchild.